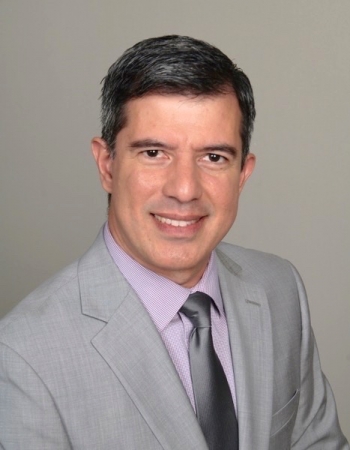 A native of Brazil, Kleyton grew up experiencing and enjoying the cultural diversity of his vast country. He enjoys ministering to people of different culture and ethnic background. His passion for cross-cultural ministry has taken him and his family to minister in four different countries – Brazil, The United States, Egypt and Sudan. Kleyton is fluent in Portuguese, English, Spanish, and knows some Arabic as well.

During his years of work he has served as a teacher, a school chaplain, a youth, associate, and senior pastor. He has also ministered in leadership positions as Conference Executive Secretary and Mission President. Kleyton earned a Bachelor’s degree in Theology from the Latin American Theological Seminary in São Paulo, Brazil, a Master of Arts degree in Missions and a Doctorate in Evangelism and Church Growth, both from Andrews University.

Born and raised in a minister’s home, early in his life he felt called to serve the Lord as a pastor. He is passionate about serving God and serving people and is looking forward to the second coming of Jesus. He is also passionate about his family and enjoys spending time with his two sons, Derek (16) and Malton (15). Kleyton is happily married to his High School sweetheart Delma, an educator and counselor.